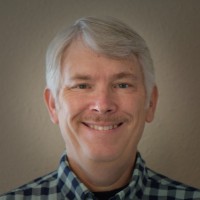 Daryl has more than 30 years of experience in developing emerging IoT networking and software technologies. He has authored multiple articles and lectured on topics involving embedded systems, IoT, software, engineering tools, computer graphics and networking. He has had a passion for computers and electronics since he was able to hold a soldering iron.
​
Prior to joining Machinechat as head of platforms, Daryl was vice president of engineering at Lantronix, where he was responsible for the development of many of the company’s key product innovations. Earlier he spent 14 years at Tektronix and held several roles within the Microcomputer Development Products (MDP) and Video and Networking (VND) divisions.
​
Daryl holds a bachelor’s degree in information systems, a master’s degree in business administration and several patents. These days, when Daryl isn’t spending time thinking up new ways to apply Machinechat’s software. He spends his spare time camping, hiking, cooking and exploring wineries in the Pacific Northwest with his wife and Shiba Inu.
Collapse