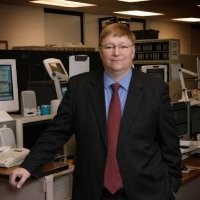 Otto Doll is the Chief Information Officer (CIO) of the City of Minneapolis. Doll served as the CIO for the State of South Dakota for 14 years.As CIO, Doll leads the City’s Business Information Services (BIS) department, which coordinates the City’s technology needs by helping City departments leverage technology to improve the way they operate and provide services to residents. In his role as CIO, Doll oversees approximately 54 employees that serve 18 City departments with a total staff of more than 3,700. The position reports to City Coordinator.As South Dakotas CIO, Doll was responsible for all state computing platforms, telecommunications and information systems, state radio and public broadcasting. During his tenure, Doll worked extensively with South Dakota first responders to establish a single, statewide mobile radio system serving all public safety officials in the state. He was responsible for connecting all K-12 schools in the state into a wide area network with broadband connectivity, and also established “U-Government,” which linked all state information systems and data regardless of computing platform or database management system. While Doll was CIO, South Dakota consistently ranked first in the nation in its use of technology in education and was also listed among the top 10 digitally advanced states, per a survey conducted by the Center for Digital Government. Otto has been named among Government Technology’s “Top 25 Doers, Dreamers and Drivers,”, and is also the recipient the NASCIO (National Association of State Chief Information Officers) Meritorious Service Award.