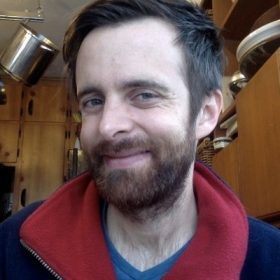 My bio, described using the most common 1000 words in the English Language:

Patrick Delaney is a small business guy, seller guy, and likes to get computers and cameras and other cool tiny computer stuff talk to each other.

He studied computer stuff and has started a couple small businesses in computer and cool stuff like that. He has worked as a, “live in” small business guy at the biggest, hugest company in our home state here.

Before that, he sold computer parts to those really, really fast computer companies, and before that he had his own business where he made and sold sets of things that helped phones get power from the sun. He has won a lot of first in class “high fives,” from a lot of big companies and places that give out high fives.

He speaks some other languages that are not our own main language, especially that language they speak in the country with the most people, and that language of that country to the south.