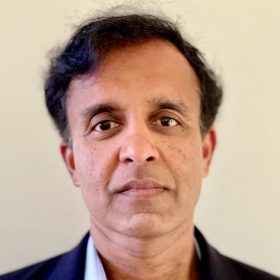 Sanjeev Datla has more than 20 years of experience in IoT, machine learning, and networking technologies. Prior to founding Machinechat, he was the CTO for Lantronix, a publicly-traded IoT networking company. Earlier, Sanjeev served as CEO and founder of Moxtreme Corporation, a Silicon Valley-based startup technology company focused on the development of a cloud-based application-defined IoT and virtualized real-time messaging platform.

From August 2010 to August 2013, he served as vice president of cloud initiatives for Emulex Corporation, which was later acquired by Broadcom. Prior to Emulex, Sanjeev was part of the founding management team of ServerEngines, an enterprise networking company that was acquired by Emulex. Sanjeev previously served in senior technology development roles at Broadcom Corporation, ServerWorks Corporation and NEC Electronics.

He earned a Master of Science degree in electronics design and technology with distinction from the Indian Institute of Science and a Bachelor of Engineering from Osmania University. Sanjeev’s hobbies include running in the Silicon Valley mountains, drinking copious amounts of Starbucks and spending time with his family.