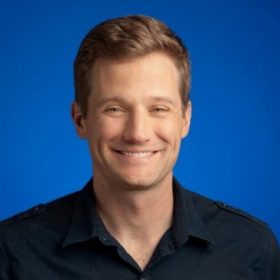 As commissioner of the state’s principal workforce and economic development agency, Grove is focused on growing the state’s workforce, closing the opportunity gap and providing businesses with the help they need to grow, stay and thrive.

Grove was previously an executive at Google for 12 years, most recently serving as the founding director of Google’s News Lab, a global division of the company that partners with media companies and startups to drive innovation in the news industry. He has built teams in over a dozen countries and launched partnerships in over 50 countries, including a global technology training effort that trained over 500,000 people every year. He previously led YouTube’s first news and politics team, building a global partnership effort for political candidates, news organizations, nonprofits, and citizen journalists. The divisions of Google that Grove led during his career addressed a wide range of public challenges with new solutions: from fighting online disinformation campaigns, to growing social media citizen engagement with world leaders, to a developing a broad range of voter turnout initiatives.

Grove wrote for The Boston Globe and ABC News prior to joining Google. He has served as an advisor to the White House and State Department on counter-terrorism strategy, and serves on the advisory boards of Witness, a video human rights nonprofit, and Report for America, a nationwide service organization to improve local news.

Grove holds a master’s in public policy from the Harvard Kennedy School and a B.A. in philosophy, politics, and economics from Claremont McKenna College. He is an International Security Fellow at the New America Foundation, and co-founded a nonprofit with his wife Mary called Silicon North Stars, which helps youth from underserved communities in Minnesota pursue careers in technology. In 2018, the Groves moved from Silicon Valley to Minneapolis, Minnesota with their two-year-old twins.